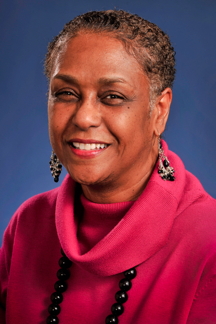 WASHINGTON-Deputy Public Printer Davita Vance-Cooks becomes Acting Public Printer for the U.S. Government Printing Office (GPO), the first woman to lead the agency. Vance-Cooks assumes her new role effective immediately, following the completion of Public Printer Bill Boarman’s term. She will serve as the Chief Executive Officer and lead the 1,900 GPO employees in carrying out the agency’s 150-year mission of Keeping America Informed on the three branches of the Federal Government.

Vance-Cooks is a seasoned business executive with 30 years of private sector and Federal Government experience. She has held a succession of senior management positions at GPO for nearly eight years including: Chief of Staff, Managing Director of GPO’s Customer Services and Procurement business unit and Managing Director of Publication and Information Sales. Before coming to GPO, Vance-Cooks held several private sector management positions. She was the Senior Vice-President of Operations for NYLCare MidAtlantic Health Plan where, among other duties, she was responsible for a digital print work center for production of variable data printing products. She also served as the Director of Customer Service and Claims, Director of Membership and Billing, and Director of Market Research and Product Development for Blue Cross Blue Shield Plans. She also served as the General Manager of HTH Worldwide Insurance Services. Vance-Cooks earned her Bachelors degree from Tufts University and her MBA from Columbia University.

“I am honored and humbled to serve as GPO’s Acting Public Printer and I look forward to continue working with GPO employees as we serve the needs of Congress, Federal agencies, and the public,” said Acting Public Printer Davita Vance-Cooks. “I want to thank Bill Boarman for the opportunity to serve as his deputy and Chief of Staff. I have enjoyed working everyday, side-by-side with Bill as we reinvented GPO into the digital information platform it is today.”

“I have great confidence and trust in Davita and her ability to serve as the leader of GPO as the agency begins its 151st year if service to the Nation,” said Bill Boarman, the 26th Public Printer of the United States. “Davita’s institutional knowledge of GPO combined with her experience in the private sector makes her the ideal person to assume the position of Acting Public Printer.”

← Happy Public Domain Day 2012 … except in the US Open letter and petition to President Obama to create a federal scanning commission and digitize all .gov publications #FDLP →